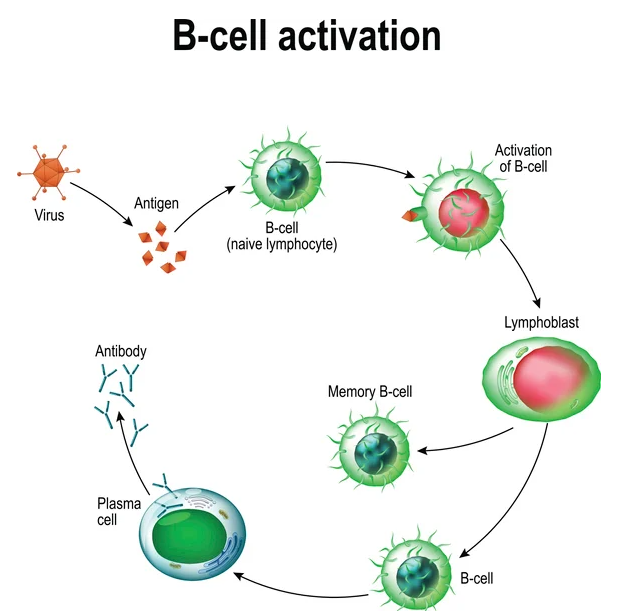 Types of antigen
An antigen is a molecule that is part of an object that is foreign to the body. The body uses antibodies to recognize the foreign object by its antigens and stimulates an immune response, activating white blood cells to produce more antibodies and other immune pathways. Antigens can be proteins or sugars that are located on the outer surfaces of pathogenic cells.

All cells have antigens including the ones inside the body, bacteria, and even viruses. The antibodies produced by the immune system are custom-fitted to the antigen that initially stimulated the immune response. The antibodies have an antigen recognition site (paratope) that is highly specific affinity for a region on the antigen called the epitope.

Perhaps some of the most familiar antigens to most people are the red blood cell antigens. These are proteins and sugars that coat the surface of red blood cells. The A, B, and O antigens are sugars, which are also called glycans. The Rh antigen, which is either present (+) or absent (-) is a protein. When these antigens are defined together the result is blood type (ex: O +, AB +, B-, and so on).

Many people died as a result of mismatched blood transfusions before these antigens were first studied and defined. The reason for those deaths was a severe immune response against the transfused red blood cells. For example, if an O- patient received a blood transfusion from an O + patient, then the recipient's immune system would recognize that Rh protein on the transfused cells as a foreign threat and would mount an attack to destroy those cells. The same thing happens if the glycans A, B, and O are mismatched.

Interestingly, the blood type of a pregnant mother and her fetus are routinely checked in modern healthcare settings; if a mismatch is detected then the mother will receive a medication that will prevent her immune system from producing antibodies against that antigen. This is important to prevent immune reactions against mismatches in future pregnancies.