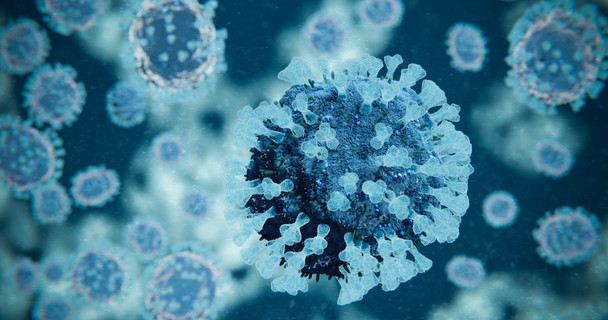 Influenza B is a member of the Orthomyxoviridae family. It has an enveloped structure and segmented negative sense RNA genome, with similar organization to that of influenza A virus, and is an important cause of respiratory infections in humans globally (Kanegae et al., 1990). Since 1983, influenza B viruses have been classified into two distinct lineages according to their antigenicity and gene sequences: B/Victoria/2/87-like (Victoria) and B/Yamagata/16/88-like (Yamagata) (Rota et al., 1983; Pica & Palese, 2013). Gene segment reassortment between and within these lineages has contributed to the genetic diversity of this virus. WHO convenes technical consultations in February and September each year to recommend viruses for inclusion in influenza vaccines for the northern and southern hemisphere influenza seasons, respectively. Flu vaccines are based on predicting which mutants of H1N1, H3N2, H1N2, and influenza B will proliferate in the next season. Separate vaccines are developed for the Northern and Southern Hemispheres in preparation for their annual epidemics. One influenza A (H1N1), one influenza A (H3N2), and one or two influenza B viruses (depending on the vaccine) are included in each season’s influenza vaccines (CDC, 2019). Along with neuraminidase (NA), hemagglutinin (HA) is an antigenic glycoprotein on the surface of the influenza virus that can also induce the production of neutralizing antibodies. HA is responsible for viral binding to the cell membranes of host cells, and has therefore been used as a key antigen for the development of vaccines.