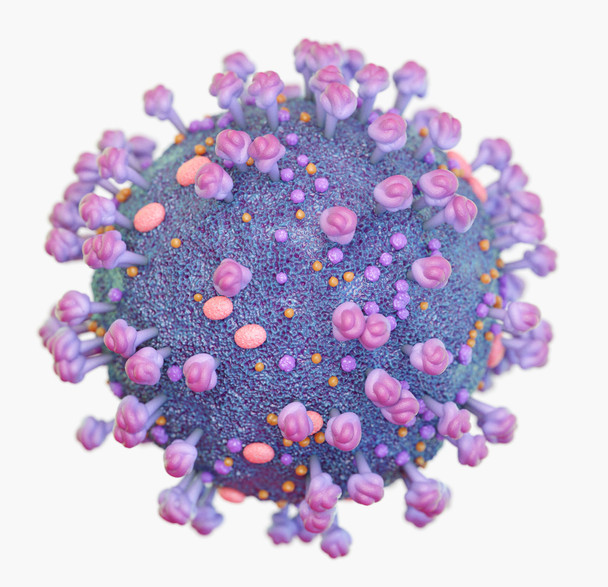 Feline Immunodeficiency Virus Core protein, is a recombinant antigen manufactured in E. coli for use in ELISA and other immunoassays.

Feline immunodeficiency virus (FIV) belongs to the family Retroviridae, the subfamily Orthoretrovirinae, and the genus Lentivirus. It was initially isolated in 1986 from domestic cats that exhibited signs of immunodeficiency but were seronegative for the feline leukaemia virus (FeLV). FIV can be classified into five well-characterised subtypes (A-E). FIVFca, the strain infecting domestic cats, is endemic across the globe, with prevalence’s varying from <5% to >30% depending on the region and the population tested. Free-ranging male cats in areas of high population density are most at risk because of their greater exposure to bites from fighting, which are the main means of disease transmission (Taniwaki et al., 2013). Infected cats do not exhibit specific clinical signs, and some animals can remain asymptomatic throughout life. FIV infection causes progressive immunosuppression that results in the development of the acquired immunodeficiency syndrome (AIDS) in cats, which, similar to human HIV infection, increases susceptibility to secondary and opportunistic infections. FIV also causes immunostimulation, which results in immune-mediated diseases (Westman et al., 2019).

Expression of retroviral Gag polyprotein precursors alone, within a suitable host cell, is sufficient for the production of virus-like particles (VLPs). Indeed, all retroviral Gag proteins contain domains required for membrane targeting, Gag-Gag interaction, and virus release (Luttge & Freed, 2010). Concomitantly with virus budding from the host cell, the FIV Gag precursor is cleaved by the virus-encoded protease into its functional domains: matrix (MA), capsid (CA), spacer peptide p1, nucleocapsid (NC), and the C-terminal p2 peptide. Processing of Gag by the viral protease into its distinct individual domains leads to the assembly of the mature core (González & Affranchino, 2018; Ovejero et al., 2019).